LNG Canada CEO Sees No Scenario That Would Stop Its Project 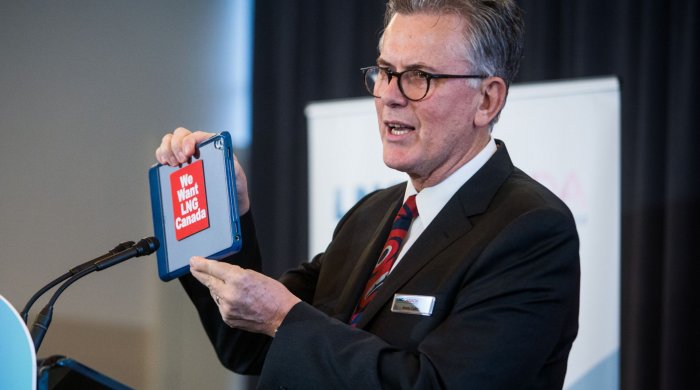 VANCOUVER (Bloomberg) -- The head of LNG Canada said he does “not see a single scenario” that would stop the nation’s largest infrastructure project from getting built, dispelling concerns that the $30 billion gas export facility is at risk of mounting opposition from pipeline foes.

The liquefied natural gas project in northern British Columbia was approved by Royal Dutch Shell Plc and four Asian partners in October after obtaining the support of the province and 20 First Nation groups. But it continues to face a legal challenge disputing the constitutionality of the project’s approval, as well as protests by a group of indigenous holdouts.

“I do not see a single scenario that would cause the construction of this pipeline to be stopped,” Andy Calitz, LNG Canada’s CEO, said in an interview in Vancouver.

TransCanada Corp. is planning to build the pipeline that will carry the gas from western Canada’s prolific Montney shale formation to the coastal export facility in Kitimat. The whole project -- including the gas fields, pipeline and liquefaction terminal -- fall within British Columbia and was authorized by the provincial regulator.

But a private citizen in Smithers, Michael Sawyer, mounted a legal challenge saying the pipeline is a federal undertaking and should have sought approval from the National Energy Board. The federal regulator agreed in December to consider the jurisdictional challenge and has requested evidence from the parties involved with final oral arguments set for March.

“It’s a complex world -- the paths are not clear,” Calitz said. Any decision by the federal regulator could later be appealed in the courts. “But what I am clear about is that this pipeline, by the time that happens, will be in advanced construction.”

Separately, TransCanada is seeking to sell a stake in the pipeline project. That move was long contemplated and doesn’t indicate that there are growing concerns about the project’s risks, Calitz said.

“It has always been a part of the financing strategy for the project,” Calitz said. “It has no impact on either the construction or the capacity or any other aspect of the project.”